What are common grounds to suppress evidence in criminal cases?

If you have been charged with committing a crime, you must raise all possible defenses you can and take any other helpful steps to fight the charges against you. You have too much at stake not to. One way to do this is to file a motion to suppress evidence. This can be an extremely useful strategy in your criminal defense. However, you cannot expect to successfully file these motions on your own. You will need the help of an experienced criminal defense attorney. See how hiring an attorney can help if you are charged with a crime.

What Is a Motion to Suppress Evidence?

A motion to suppress evidence asks the judge not to allow certain evidence to be used against you by the prosecutor in your criminal case. In criminal cases, the police and prosecutors are not allowed to use evidence against you that was illegally obtained. This is known as the Exclusionary Rule and ensures 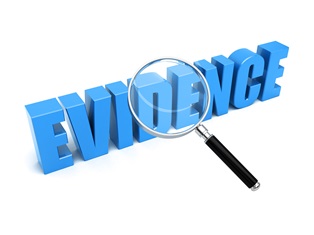 that your Fourth Amendment rights against unlawful searches and seizures and other constitutional rights are not violated.

Another helpful doctrine that also can result in the suppression of evidence is the fruit of the poisonous tree doctrine. Under this legal theory, evidence that would be otherwise admissible would be excluded if it was obtained through the violation of your constitutional rights. For example, a suspect may confess to a crime and tell the police where the murder weapon is. However, if the police did not inform him of his Miranda rights when required to or continued to question him after he asked for an attorney, the confession and the murder weapon may be suppressed and not allowed to be used against the suspect.

What Are Common Grounds to File a Motion to Suppress Evidence?

Even if you know you are guilty of the charges, you can file a motion to suppress evidence if you have proper grounds to do so. If the evidence is important enough to the police’s case against you, the charges against you may be dismissed. When the evidence is suppressed, but the case against you continues, you may have significantly weakened the prosecutor’s case, which could result in a favorable outcome down the road. Common grounds to file a motion to suppress include:

There are other reasons that your attorney may decide to file a motion to suppress evidence. Other common grounds for these motions include:

An experienced criminal defense attorney will be trained to spot the constitutional grounds that can be used successfully file a motion to suppress evidence. These motions often involve complex constitutional issues, and you want an attorney who has experience filing and arguing them on your side. If you have been arrested, call our Fairfax law office today to schedule a free consultation to learn how our legal team can help build your defense and fight the charges you face.