Providing patients with medications for controlling their pain when they suffer an injury or after surgery is an important duty of a doctor. In some cases, this involves prescribing powerful narcotic and opioid drugs. The main pain-relieving drug in these prescriptions are opium and codeine. While these drugs can relieve pain, they come with serious risks 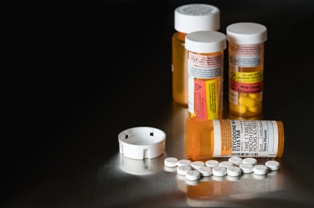 . Patients can become addicted to these drugs. In addition, the prescribing of these medications can lead to a patient’s drug overdose and death.

Overuse of powerful opioids, such as Dilaudid, Percocet, Vicodin, and OxyContin (oxycodone), has become a national crisis and is regularly spotlighted in the news. This has led to an increased focus and prosecution of doctors who prescribe these medications to their patients. In some cases, physicians who prescribe these medications can be unfairly charged with committing a crime. These charges can be extremely serious and have long-term consequences on a doctor’s life—such as loss of his medical license, dramatically higher insurance premiums, loss of employment, and a permanent criminal record. If you have been charged with a crime associated with prescribing pain medications, our experienced criminal defense attorneys are here to help you build a strong defense that may result in the charges against you being dismissed or reduced to a less serious offense.

Four Common Types of Activities That May Lead to Criminal Charges

In 2017, Attorney General Sessions announced the creation of the Opioid Fraud and Abuse Detection Unit that is dedicated to both combating opioid drug abuse and prosecuting physicians and other medical care providers who facilitate this drug abuse. Red flags that may result in a doctor being investigated include a high number of opioid prescriptions per patient, a high percentage of prescriptions for drugs that are commonly abused, such as Percocet and oxycodone, and patients who have died within 60 days of being prescribed opioids. Common types of prescription abuse that may lead to charges include:

Because of the focus on the opioid epidemic, federal law enforcement officers and prosecutors are aggressively investigating and charging doctors with prescription drug charge fraud crimes. In addition, doctors can also be charged under similar Virginia drug crime offenses. Common federal charges that doctors may face include:

Penalties for Prescription Fraud Are Serious

If you are a doctor facing federal or state prescription drug fraud charges, you are almost certainly being charged with serious felony crimes. Your precise penalty if convicted would depend on the charges and the classification of the felony you were found guilty of committing. However, a conviction may result in a long prison sentence, hefty fines, loss of your professional license and your career, and much more.

You need the assistance of a criminal defense attorney who is experienced defending against both federal and state law charges in these cases. Start an online chat or call our office today to learn how we will aggressively fight to have the charges against you dismissed or reduced to the least serious offense possible.