Marijuana Laws: the Interplay Between D.C.’S, Maryland’s, and Virginia’s Laws

The marijuana laws in this region can be tricky. In this blog, we share what you need to know about possessing marijuana in D.C., Maryland, and Virginia. 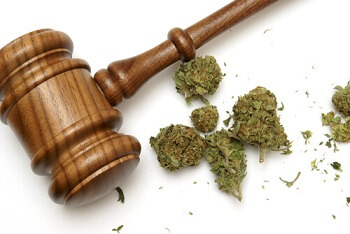 Drug laws change all the time – sometimes new drugs are outlawed; other times, existing drug penalties are revised or eliminated.  In the past few years, Colorado, along with Oregon and Washington, has led the charge to legalize recreational marijuana use.  Virginia, on the other hand, has not followed the trend of decriminalization.  As a result, it is important to know what the penalties are if you are traveling between these various areas and how the laws interact.

Maryland’s marijuana laws call for the decriminalization of possession of marijuana to a certain extent.  In Maryland, if you possess 10 grams or less of marijuana, you can only be fined.  Further, possession of 10 grams to 50 pounds is only a misdemeanor.  However, it is possible that possessing very large quantities of marijuana will lead to possession with intent to distribute charges.  Any distribution charge is a felony in Maryland and can carry a variety of possible punishments, depending on the amounts involved, including a prison sentence.

D.C.’s treatment of marijuana offenses is even more generous than Maryland’s, as possession of small amounts of marijuana is now legal.  The recent enactment of legalization allows all individuals 21 and older to possess 2 ounces (56 grams) or less of marijuana in D.C. without any penalty (fine or otherwise).

Possessing over two ounces is classified as a misdemeanor and carries up to six months’ incarceration and a $1,000.00 fine.  Further, unlike Maryland, distribution of 1 ounce or less of marijuana is also considered a civil violation and only carries a $25 fine.  Distribution for compensation in D.C. is still illegal, and it is illegal to consume marijuana in public or on federal land.

In contrast to D.C. and Maryland, Virginia’s marijuana laws are much tougher on possessors and distributors of marijuana.  In Virginia, possessing less than half an ounce (14 grams) of marijuana is a misdemeanor that carries up to 30 days in jail and a $500 fine for first offenders, and up to 1 year in jail and a $2,500 fine for second and subsequent offenses.  If you are found with over half an ounce, you will likely be charged with distribution, which is a felony.  Virginia felony punishments for distribution increase with the amount of marijuana recovered. In addition, if convicted, there is a mandatory six-month suspension of your driver’s license. 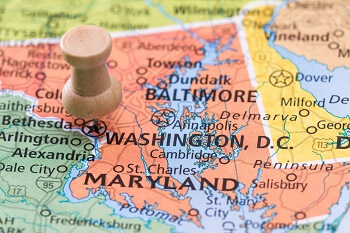 The variety of marijuana laws in effect can be confusing in this region. For example, what happens if you are a Maryland resident, but buy marijuana in D.C., and then travel to Virginia where you are stopped and charged with a possession offense?  For starters, you will not benefit from the more generous laws of Maryland or D.C.  Generally, you will be subjected to the laws of the place where the offense occurred. Thus, just because you acquired marijuana in a more liberal jurisdiction, does not mean the more liberal laws will apply to you.

Our Criminal Defense Lawyers Can Help If Needed

If you are charged with a possession offense, call a trusted Fairfax marijuana lawyer at Greenspun Shapiro PC to best assess your potential defenses and decide how to proceed. Driven by imagination and innovation, our office maintains a reputation for scrupulous and tenacious preparation, as well as effective legal advocacy. This means you can count on our skilled attorneys to aggressively defend your rights and help you successfully resolve your case. Contact our Fairfax office at 703-352-0100 or by using the contact form.

We provide superior legal services to our clients throughout Virginia, Maryland, and Washington, D.C.

8 Comments
Dre, an excellent question! Virginia has now decriminalized possession of small amounts of marijuana, and Governor Northam has announced that he will push to legalize marijuana next year. Stay tuned for blog updates!
by GSPC December 3, 2020 at 02:33 PM
Why are we still punishing people for this? Time for a change.
by Dre November 19, 2020 at 02:49 PM
Medical marijuana is used for glaucoma, multiple sclerosis and other neurological disorders for pain, tremors etc.
by Damian February 7, 2020 at 04:38 AM
CBD however does not produce THC-COOH. IT IS possible and known to happen that if someone is using a large amount of hemp products to produce a false positive for a THC drug test.
by Neil December 17, 2019 at 03:36 AM
I have acquired a medical license this year as it became available. However, none of the dispensaries are currently open. Would my card be accepted in the state of MD so that I can obtain my prescription?
by Ernie December 5, 2019 at 05:21 AM
There is no proof that they are selling it for marijuana specifically .
by James July 25, 2019 at 06:34 AM
Allan, Thank you for visiting our site! No one is technically permitted to purchase marijuana in DC, because distribution of marijuana for profit is still illegal. Medical marijuana, on the other hand, may be purchased if you are authorized to buy it. You would also have to be authorized to possess medical marijuana in Maryland. DC marijuana suppliers have tried to test loopholes in the current law by “gifting” marijuana in exchange for donations or purchasing other items, such as t-shirts or stickers. This, however, may not be a legal practice and could still land you in trouble if you are present during an event that is raided. So, in short, no you can’t legally purchase recreational marijuana in DC or possess it in Maryland. - Greenspun Shapiro PC
by Greenspun Shapiro August 17, 2018 at 06:15 PM
Can Maryland residents purchase recreational cannabis in DC?
by Allan August 17, 2018 at 03:52 PM
Post a Comment