How does a felony criminal case work in Virginia? 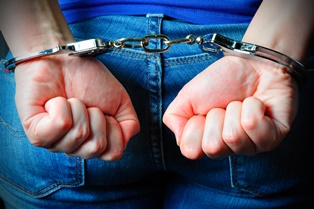 Felonies are the most serious offenses that a person can be charged with committing in Virginia. A felony conviction can result in a lengthy prison sentence and large fines as well as a permanent criminal record. In addition, there are more court hearings in a felony case than when a person is charged with a misdemeanor. If you have been charged with a felony, you need to understand how the criminal process works so that you know what to expect.

How a Felony Prosecution Begins in Virginia

A felony prosecution begins in one of two ways: either an arrest warrant or indictment is issued. A judge—usually a magistrate—would issue an arrest warrant, and the warrant would need to be based on probable cause that a crime was committed. An indictment would be issued by a grand jury of the circuit court.

A grand jury is comprised of five to eight citizens who meet approximately once a month. The prosecutor or police officer often presents a criminal case to the grand jury by advising them of the evidence that the Commonwealth has against the accused person. In almost all cases, the grand jury decides to issue an indictment. The arrest warrant or indictment authorizes the police officer to arrest the individual accused of committing a crime.

Hearings That You Can Expect in a Felony Criminal Case

A felony case will begin in district court and will then be transferred to circuit court. In general, the following hearings will be scheduled:

The penalties you face for a felony conviction will depend on the crime you are convicted of and its classification under Virginia’s felony classification system. You could face a lengthy prison sentence, including for life, the death penalty for a capital murder conviction, and hefty fines.

If you are charged with any felony, you need the assistance of an experienced criminal defense attorney who can help you build your defense, so that the charges can be dismissed or reduced to a less serious charge with fewer penalties. Call our office today to schedule your free consultation.