What can I expect to happen in my misdemeanor criminal case? 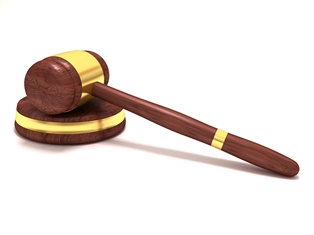 If you have been charged with a crime in Virginia, the process may seem confusing, and you probably do not know what to expect. While the court process will vary slightly depending on whether you were charged in Fairfax or another jurisdiction, the basic procedure is the same. Like in other states, there are two categories of crimes in Virginia: misdemeanors and felonies, which carry very different penalties.

Misdemeanors are punishable by a maximum sentence of one year in jail, whereas you could face a lengthy prison sentence in a state penitentiary if you are convicted of a felony. The court procedures are also very different for misdemeanors and felonies. Here, we discuss what to expect if you are charged with a misdemeanor offense.

What Is the Arrest Procedure in Virginia?

The first step in a criminal case is charging a person with a crime. This is done through the issuance of a summons or a warrant. A warrant is issued by a judicial officer—often a magistrate—who makes a decision that there is probable cause to believe the person committed a crime. The warrant authorizes the police to arrest the person and bring him to court. If you are arrested on a warrant, you may need to post a bond to be released from jail. A bond is a written promise from you to return to court hearings and payment of a certain amount that is forfeited if you violate the terms of your bond.

A summons is not issued by a judge or magistrate. Instead, the police officer issues it, and the summons will direct you to appear at court on a particular date at a certain time. Usually, you are released without having to go to jail or post a bond.

A misdemeanor case is heard in general district court for adults and juvenile and domestic relations court for minors and adult cases that involve victims who are family members or minors. Here are the court hearings that you can expect:

What Are the Penalties That You Could Face?

Misdemeanors are classified into four classifications, with a Class 1 misdemeanor being the most serious. You could face the following penalties if convicted:

No matter what classification of misdemeanor you are convicted of, you will have a permanent criminal record that can affect other aspects of your life long after you complete your sentence. With the help of an experienced criminal defense attorney, you may be able to get the charges dismissed or reduced to a less serious offense. Start an online chat today to schedule your free case evaluation to learn how our criminal defense team may be able to help you.