How Bail Is Set in Criminal Cases in Virginia 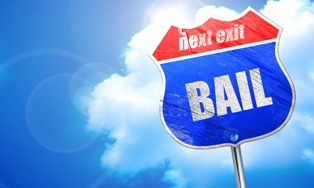 If you are arrested for committing a crime in Virginia, the police will take you into custody to be booked and will present you to a magistrate judge for an initial bail review. If the magistrate judge does not set a bond, you will be placed in a jail cell and held until your trial date or until you file a bond motion in the correct court. If the magistrate has decided to hold you, you need to immediately retain an experienced criminal defense attorney who can file a request for bail to be set or reduced, and who can explain to the judge in detail why you should be released.

People who are arrested in Virginia have a right to a bail hearing. The magistrate's review often occurs outside the presence of an attorney, and the only people who are typically present are the arresting officer, the accused, and the magistrate. However, a defense attorney has the option—if informed soon enough by the accused—to contact the magistrate and attempt to influence their bail decision. However, if the magistrate does not set bond, then you will remain in jail either until released after trial or sentencing or until your defense attorney files a motion in court.

There are three types of bail set in Virginia criminal cases:

How Is the Type of Bail and Amount Set in Criminal Cases?

Under Virginia Code § 19.2-120, there is a presumption that bail should be set so the defendant can be released from jail until his trial unless certain exceptions apply. Before conducting the bail hearing, the magistrate should obtain the person’s criminal record if at all possible. Bail should be set unless there is probable cause to believe one of the following:

There are exceptions to the general rule in favor of setting bond that create presumptions that the accused is a flight risk or danger to himself or the public because of the charges brought against him. Some of the crimes where this rebuttable presumption would apply include:

In setting the terms of bail and any amount that must be paid, the magistrate will consider a number of factors, such as:

Have you been charged with committing a crime? Are you currently in jail? Our experienced criminal defense attorneys may be able to help get you released on bail and build a strong defense to the charges that you face so that they are dismissed or reduced to a less serious offense. We represent clients facing criminal charges throughout Northern Virginia in both state and federal criminal proceedings. Call our Fairfax office to schedule your free consultation with a member of our legal team.