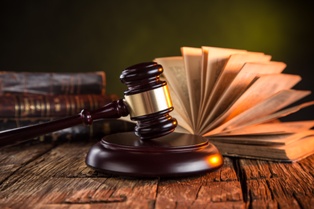 When you have been charged with committing a crime in Virginia, you need to do whatever you can to build a strong defense to avoid the harsh penalties you face. An important first step is to retain an experienced criminal defense attorney who can identify and raise your defenses. If successful, these defenses can lead to the charges against you being dismissed or reduced to a less serious offense. One tool that your attorney may use is the filing of pretrial motions.

What Is a Pretrial Motion?

After your arraignment, the prosecutor and defense attorneys have the opportunity to file pretrial motions. A pretrial motion is often a written pleading that asks the judge to take certain actions in relation to a criminal case. However, in some cases, such as during a trial, a lawyer may make some oral motions. These motions can affect many aspects of a case, such as whether evidence can be used at trial, where the trial occurs, and what charges will be prosecuted. The judge hearing the case decides pretrial motions after both sides have an opportunity to argue the motion in court.

What Are Common Pretrial Motions in Criminal Cases?

There are many pretrial motions that can be filed in a criminal case. Some can have dramatic effects in a criminal case, such as when a prosecutor is prohibited from using a key piece of evidence. In some cases, these motions can result in the charges being dismissed because the prosecutor does not have sufficient evidence to prove the accused person’s guilt beyond a reasonable doubt. In other cases, the criminal defense attorney will be able to enter into a more favorable plea agreement due to the weaknesses in the prosecutor’s case. Common pretrial motions include:

Have you been charged with committing a crime in Virginia? Our experienced criminal defense law team is here to aggressively fight to get the charges you face dismissed or reduced to a less serious offense. Start an online chat today to schedule a free consultation to learn more about your possible defenses and pretrial motions that may be helpful in your case.