Understanding the Radar, Lidar, and Pacing Evidence Against You in a Reckless Driving Case 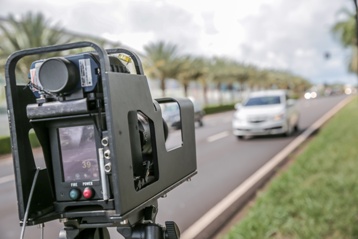 Virginia Code § 46.2-882 details how police may monitor motor vehicle speed with technology. In Virginia, the police may use the following methods to determine how fast you are driving:

The law allows police to use these speed monitoring methods, but these methods are not always accurate.

Most often, the evidence presented by the government will include radar, lidar, or pacing evidence.

For more than half a century, police have been using Radio detection and ranging (Radar) to monitor motor vehicle speeds. Radar technology uses radio waves to determine the speed of the vehicle that is within its beam.

Light detection and ranging (Lidar) works similarly to radar, but with newer technology. Instead of radio waves, lidar uses lasers to detect the speed of a vehicle within its beam.

If your speed was determined by radar or lidar, then your possible defenses are similar. You may argue that there was:

Other possible defenses include that the radar or lidar equipment wrongfully assigned the speed to your vehicle when it was really another vehicle near you that was speeding or that weather conditions interfered with the equipment's proper functioning.

It is up to the prosecutor to prove the state's case against you. However, you should assert any applicable reckless driving defenses to make sure that you are treated fairly.

Pacing evidence is admissible in Virginia courts. However, it is more subjective than radar or lidar speed detection. The officer may have sped up to catch up to a car, for example, or the officer's own speedometer may not be appropriately calibrated.

A reckless driving charge is not just a speeding ticket—you have been charged with a crime. If the government proves its case against you, then you may face a criminal conviction. You have a lot at stake. Our experienced Northern Virginia criminal defense lawyers are here to help you. Please contact us today for a free and confidential consultation about your reckless driving defense.