The Crime of Perjury in Virginia 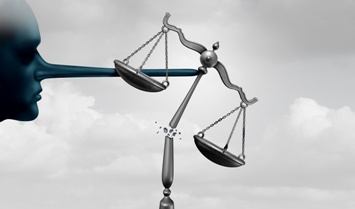 Generally, it is a crime to make an untrue statement under oath. In Virginia, as in other jurisdictions, this crime is known as perjury, and it has a very specific definition that is found in the Virginia statutes.

How Perjury Is Committed in Virginia

According to Virginia law, a person commits perjury if that person:

You cannot commit perjury by accident. Before a conviction, the Commonwealth must prove that you knowingly lied or provided untrue statements, or that you encouraged someone else to do so. However, that can be difficult to do without the help of an experienced Virginia criminal defense lawyer.

It may be challenging to defend yourself against perjury charges, but it is possible to do so, and it is important to do so. Perjury is a Class 5 felony in Virginia, and the potential penalties can be significant. If you are convicted of a Class 5 felony, then you may face:

In some cases, the court may decide to try your case as a misdemeanor, and you may face a reduced sentence of up to 12 months in prison and a fine of up to $2,500.

When to Call A Perjury Defense Lawyer

Given the significance of the potential penalties and the discretion of the court, it is essential to contact an experienced Fairfax criminal defense attorney as soon as possible.

Perjury is known as a crime against justice because it interferes with the judicial system, and Virginia courts take this kind of crime very seriously. Accordingly, you need to take the charges against you seriously as well.

To learn more, call us today or fill out our online contact form to have us contact you. Together, we can discuss the charges against you and how to protect your legal rights and future.