Prostitution Charges That You May Face in Fairfax 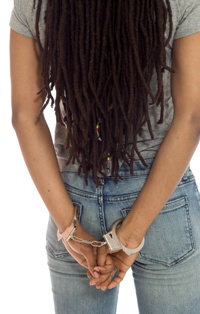 The laws in the Commonwealth of Virginia make it illegal to engage in prostitution and other crimes related to it. These crimes are aggressively prosecuted in Northern Virginia. If you are charged with prostitution, you face harsh penalties if convicted and a permanent criminal record. However, an experienced criminal defense attorney can build a strong defense to these charges so that you may avoid some of the serious consequences of a conviction.

Prostitution is often a misdemeanor offense in Virginia, and there are a number of other prostitution-related crimes that you may be charged with committing. In some cases, the simple offer of sex in exchange for money is a crime, even without any sexual contact. Here are some common prostitution crimes in the Commonwealth:

If you have been charged with prostitution or a related offense in Northern Virginia, you are facing very severe penalties that may include imprisonment and a permanent criminal record. Our experienced sex crime attorneys are here to help you fight the charges so that they are dismissed or reduced to a less serious offense. To learn about your possible defenses and what you can expect in your criminal proceedings, call our Fairfax office today to schedule a free consultation.