What is underage DUI in Virginia and what penalties might I face if convicted? 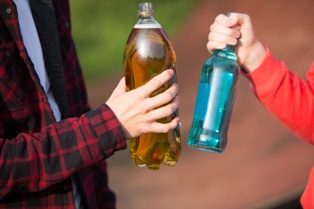 There is no tolerance for driving while intoxicated (DWI) or driving under the influence (DUI) of alcohol in Virginia. The laws against DWI or DUI are especially strict if the driver is under 21 years old. If you have been charged with underage DWI or DUI in Virginia, you may face a harsh sentence and long-term consequences—including a permanent criminal record.

What Is Underage DUI?

In Virginia, the legal drinking age is 21 years old and consuming alcohol when under the legal age is considered illegal unless on private property with the permission of a legal guardian. It is never legal to consume alcohol and drive. Under Virginia Code § 18.2-266.1, a person under 21 years old can be convicted of underage DUI if he did either of the following:

As with an adult being charged with DUI, a minor charged with underage DUI is required to submit to a breath or blood test under Virginia’s implied consent laws.

Underage DUI is a Class 1 misdemeanor, and a conviction will result in a minor having a permanent criminal record. If convicted, he may be sentenced as follows:

In addition, six demerit points will be added to the minor’s Virginia driving record, which most likely will also result in an increase in his automobile insurance rates. In some cases, the person may be able to petition the court for a restricted driver’s license.

Have you been charged with underage DUI? You may have defenses to the charges that you face—even if you know that you are guilty of underage drinking. Our experienced Fairfax DUI lawyers are here to aggressively fight on your behalf so that the charges are dropped or reduced to a less serious offense. To learn more, call our office or fill out our online form to schedule a free case evaluation.