Is it illegal for a minor to possess a gun in Virginia? 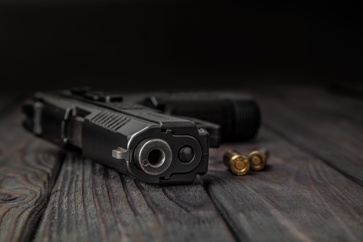 Virginia Code §18.2-308.7 makes it a crime for anyone under 18 years old to “knowingly and intentionally possess or transport a handgun or assault firearm anywhere in the Commonwealth.” A minor who violates this law commits a Class 1 misdemeanor. However, there are times when a minor’s possession of a gun does not violate the law.

What the Gun Possession by Minors Law Means

The Commonwealth of Virginia must prove that someone violated Virginia Code §18.2-308.7 before that person can be convicted. Specifically, prosecutors must prove that the defendant is a juvenile who is under the age of 18 and knowingly and intentionally had one of the following, a:

Exceptions to the Gun Possession by Minors Law

The law provides four exceptions to Virginia Code §18.2-308.7, even if the minor knowingly and intentionally has one of the weapons listed above. These exceptions include when the minor is:

A Criminal Defense Lawyer May Help Protect Your Child’s Future

A Class 1 misdemeanor carries a potential sentence of up to 12 months in jail, a fine of up to $2,500, or both a fine and jail time. Additionally, a criminal conviction may impact your child’s future educational and work opportunities. Accordingly, you want to do everything you can to ensure that your child is treated fairly after being charged with possession of a handgun or assault firearm.