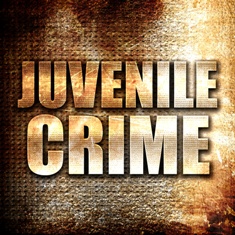 In the Commonwealth of Virginia, people charged with committing a crime are aggressively prosecuted and can face harsh penalties if convicted. Unfortunately, this is also true when the individual is a juvenile who may have made a mistake and violated one of Virginia’s criminal laws. If convicted, juveniles can be incarcerated in a juvenile facility and have a permanent criminal record that can have consequences for the rest of their life. If your child is facing juvenile criminal charges in Fairfax, our experienced juvenile criminal defense attorneys are here to help mount a strong defense that can lead to the charges being dismissed or reduced to a less serious offense with less harsh penalties.

Common Juvenile Offenses That We Handle

In Virginia, an individual who is less than 18 years old is considered a juvenile. The prosecution of any juvenile, regardless of the offense, begins in the Juvenile and Domestic Relations District Court, which has unique laws and procedures that dictate how juveniles are prosecuted and punished if convicted. When the criminal charge is a serious one, juveniles may be "certified" as adults to the Circuit Court and possibly receive the same punishment as an adult. Here are some common offenses that juveniles are charged with that our skilled lawyers handle:

Like adults, juveniles can be charged with many other misdemeanor and felony offenses. Some of these crimes include:

If you or a loved one is facing criminal charges as a juvenile in Fairfax or Northern Virginia, our experienced juvenile criminal defense lawyers are here to help. Schedule your free consultation to learn what your teen can expect and about our decades of experience successfully representing minors and adults facing a variety of criminal charges.