If I refuse to take a breathalyzer test in Virginia, will I be convicted of DUI? 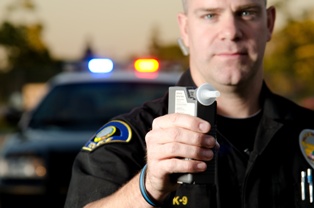 If you are stopped by the police for a possible DUI, the officer will most likely ask you to take a breathalyzer test on the street to measure the blood alcohol content ("BAC") on your breath. This test is done on a small hand-held device and is known as the preliminary breath test ("PBT"). A test on a larger device will then be administered when you get to the police station to measure your BAC again. Although it is not illegal to decline the PBT on the street, there may be additional consequences for refusing to take the test at the police station, in addition to those consequences you'll face for a DUI conviction.

Consequences of Refusing a Preliminary Breath Test Before a DUI Arrest

In Virginia, you are not required to take a PBT on the street before you are arrested for DUI. The test is voluntary and would be used by the officer in a similar fashion as a field sobriety test to establish probable cause to arrest you for DUI.

If you refuse the test and are later arrested for DUI, your pre-arrest refusal to take the breathalyzer test cannot be used against you. However, the police can still arrest you for DUI if he has other reasons to believe that you are intoxicated.

Virginia Code § 18.2-268.2 is Virginia’s Implied Consent Law, and it provides that you impliedly consent to a breathalyzer test, blood test, or both if you are operating a motor vehicle and are arrested for DUI. This is in reference to the breathalyzer test at the police station. When you are arrested for DUI, the officer must explain the requirement to submit to a test under this law and the punishments for refusing to take it.

A first offense refusal to submit to a breathalyzer or blood test is a civil offense under Virginia Code § 18.2-268.3. You would face these penalties under the Implied Consent Law:

In addition, you can still be convicted of DUI without the results of the breathalyzer or blood test.

If you have been arrested for DUI in Northern Virginia or Fairfax, our experienced DUI attorneys can help you build a strong defense—even if you refused to take a required breathalyzer or blood test. To learn more about your defenses and what you can realistically expect to happen in your criminal case, start a live chat to schedule a free initial consultation.