Types of Conspiracy Charges You Could Face in Virginia 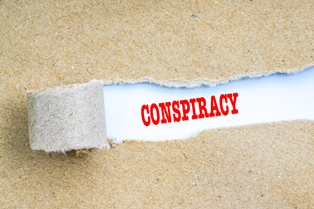 If you are being charged with conspiracy in Virginia, you are facing serious charges, not only for the crime of conspiracy, but also for the underlying crime that you are accused of conspiring to commit. You could be convicted of two separate crimes—each with its own sentence. Fortunately, with the help of an experienced criminal defense attorney, you can build a strong defense that may result in the charges against you being dismissed or reduced to a less serious offense.

A conspiracy involves two or more people deciding to commit a crime or to commit a lawful act by an unlawful means. You do not need to know all the details of the criminal plan to be charged with this crime. It is sufficient if you know a portion of the plan, some of the people involved in the crime, or any of the details of how the funds or stolen property will be divided between the conspirators.

Unfortunately, you can commit conspiracy by talking about and agreeing to commit a crime without actually following through and committing it. Unlike the less serious offense of aiding and abetting, the prosecutor must prove the agreement to commit a crime. It is easier to be convicted of conspiracy under Virginia’s criminal laws than under federal laws. Under federal conspiracy laws, the prosecutor must prove that the person who you conspired with or you took some action to come closer to the crime than just talking about it.

What Types of Conspiracy Charges Could You Face in Virginia?

There are a number of conspiracy crimes that you can be charged with in Virginia. Some of them include the following:

You should hire an experienced criminal defense attorney if you are charged with conspiracy. Both a misdemeanor and felony conviction can result in stiff penalties and a permanent criminal record, which can limit many aspects of your life, such as your career, ability to obtain professional licenses, and more. You want to do whatever you can to reduce the negative consequences of these charges. A lawyer can help you build a strong defense that may result in the charges against you being dismissed or reduced to a lesser charge.

If you have been charged with conspiracy or other crime, start an online chat or call our office at 703-352-0100 to schedule your free consultation to learn how the criminal defense team at Greenspun Shapiro PC can help you.