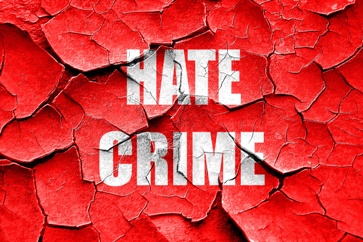 If the government can prove that you acted with intent to instill fear, intimidate, harass, or commit an illegal act because of race, religion, gender, disability, gender identity, sexual orientation, or ethnic or national origin, then the penalty for the crime you committed may be enhanced.

For example, a person who commits a simple assault may be found guilty of committing a Class 1 misdemeanor and face a potential sentence of up to one year in jail, a fine of $2,500, or both jail time and a fine. However, if the person intentionally committed the assault against a specific person due to their race, religious conviction, gender, disability, gender identity, sexual orientation, color, or national origin, then the person is guilty of a Class 6 felony. The sentence for a Class 6 felony conviction includes a term of imprisonment not less than one year nor more than five years, or, confinement in jail for not more than 12 months and a fine of not more than $2,500.

Federal law also prohibits hate crimes. Some of the federal hate crime laws include the:

Defend Yourself Against Hate Crime Charges

You face serious criminal charges, and you deserve a serious defense. Contact our experienced Fairfax criminal defense attorneys today for an initial consultation about your rights and potential defense.