Consequences of Smoking Legalized Marijuana While on Probation in Virginia 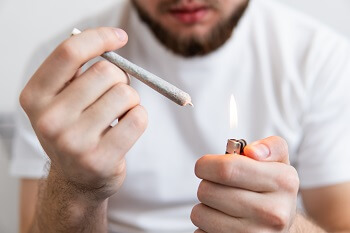 If an individual has been convicted of any kind of crime in Virginia – felony or misdemeanor – there is a good chance that he is at least on unsupervised probation.  In other instances, especially for more serious offenses, a person may be on supervised probation, which could require active monitoring, completion of programs, and random drug testing.  An individual on probation (referred to as “the probationer”) is also subject to a “general good behavior” condition, which means the probationer cannot break any laws, have negative police contact, or be accused of creating any other issues or problems of an illegal nature.  If the probationer violates the terms of his probation, he could face serious consequences. Here is what to expect if you violate probation in Virginia.

Given that the probationer will be punished if they are not of “general good behavior,” what happens when the person is on probation and smokes marijuana in a jurisdiction where it is fully legalized?  The remainder of this post explores some of the intricacies faced by probationers in the ever-changing context of legalizing marijuana across the country while being on probation in Virginia.

Can I Use Marijuana if I’m on Probation?

To start, if a condition of probation is to refrain from all substance use, then it is quite clear that absolutely no marijuana (or other substance) use is permitted.  Whether it’s legalized or not will not matter if there’s a condition specifically stating marijuana, or drugs/substances generally, cannot be used unless prescribed or otherwise authorized.  Substance use will almost certainly lead to a probation violation being filed with the court.

Can I Use Legal Marijuana if My Probation Only Requires “General Good  Behavior”?

For most offenses there usually is not a clear statement that no marijuana or drugs may be used.  If that’s the case, the only provision that may apply to legal marijuana outside of Virginia is the “general good behavior” provision.  In this context, the answer becomes far murkier.

From a purely legal perspective, it does not appear proper to find someone guilty of violating probation because they did something legal in one jurisdiction, simply because it is illegal in another jurisdiction.  If the act occurred completely outside of Virginia, and if the act was completely legal in the place it occurred, that conduct should not be the basis for punishment in Virginia because no laws were violated at the time the conduct occurred.

What Should I Do if I’m on Probation and Am Not Sure if I Can Smoke Legal Marijuana?

In short, probationers should not think that, just because what they are doing is legal in some place outside of Virginia, it will not, or cannot, be grounds for a probation violation in Virginia.  When in doubt, the probationer should check with his probation officer on the parameters of what will cause a violation.

Our Criminal Defense Attorneys Are Ready to Help

If you have already been violated for any reason, you need to consult with an attorney sooner rather than later.  Probation violation hearings are usually set soon after the probationer is in custody, and it is vital for any lawyer to have time to prepare the presentation of the case to the judge to give the probationer the best chance of a positive outcome.  Contact our trusted Fairfax marijuana attorneys by calling 703-352-0100.

6 Comments
Now that it'll be soon legal to possess a small amount of weed for personal use in Virginia, can a person's supervised probaton be violated if it's found during a visit or drug screening? This is a hot topic in the prison system where a family member is going to be released from soon. There's many people wishing for confirmation and clarification on the subject.
by Sharon April 20, 2021 at 11:56 AM
I am not on probation or parole just a warrior in the fight for full legalization across the country but since we now know that Va is going fully legal July 1st 2021, although the dispensaries won’t open till 2024, I was just curious how the state will deal with trying to violate people over marijuana, and if that person gets a prescription from their Dr, although not needed for fully legal but in the situation that courts balk against it, if they got a prescription from a Dr I don’t see how any court or judge could violate them! I’m a huge fan of criminal justice reform and fixing the mess made my Nixon and Reagan and their failed war on drugs!! I am tired of seeing years and years of probation held over folks’ heads just waiting for them to give them a reason to send em back! It’s wrong and no one should ever have to go to jail over marijuana, no matter what the extenuating circumstances are, but I am curious to see how it will play out in Va. I hope Gov Northam makes it clear that our state will stop placing Tech Violations on people for cannabis but I guess we will see how individual judges and districts handle it after July 1st.
by Heather April 8, 2021 at 03:29 PM
Roy, thank you for reaching out to us! The safest course of action is for an individual to ask their probation officer if they may use medical marijuana prior to using it. It will likely depend on the probation conditions.
by GSPC October 19, 2020 at 02:13 PM
I read that in pennsylvannia some counties allow probationers to use medical marijuana while others dont.. what is the deal with medical marijuana while on probation in virginia
by Roy lee roy October 18, 2020 at 10:22 PM
Martin, thank you for your comment. Fortunately, several Commonwealth's Attorneys in Virginia are no longer prosecuting possession of marijuana cases. We will see what the future holds for marijuana laws in the Commonwealth.
by GSPC September 16, 2020 at 06:06 PM
I have been smoking for only two years now, and have come to realize that the only bad side effects of it are, umm, err, well I can't think of any at the moment but let me get back to you on that one. I am not stupid, I am not unmotivated, I can hold a job, I am not violent, but rather positive, I don't hurt anyone and actually help someone by buying their marijuana, etc.
by Martin July 25, 2019 at 03:06 AM
Post a Comment