A Guide to Virginia Federal Courts 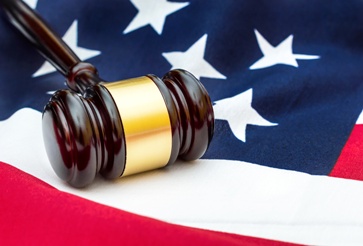 Federal trials are heard in United States district courts. Currently, there are 94 federal judicial districts, including two in Virginia. The U.S. Attorney for the district represents the government and a private attorney or public defender represents criminal defendants before and during a trial.

Your criminal case will be assigned to a specific court that will hear all pre-trial motions and decide your case.

The Fourth Circuit may have up to 15 active judges at any time. However, each case is typically heard by a panel of three judges who are randomly assigned to the case.

The Supreme Court is located in Washington D.C. and is the court of last resort for all federal cases, including federal criminal cases originally heard in Virginia. The Supreme Court consists of a Chief Justice and a number of associate justices set by the United States Congress. Currently, there are nine justices on the Supreme Court and a quorum of at least six justices is required to decide a case.

In a typical year, the Supreme Court receives 7,000 to 8,000 petitions for writs of certiorari or requests for appeals. However, the Court typically only grants about 80 such requests.

However, some crimes are federal crimes. If you are accused of violating a federal statute, then your case may be heard in the Eastern or Western District of Virginia. Some examples of federal crimes include:

This list is not all-inclusive, and you should speak with an experienced Virginia criminal defense lawyer about the specific charges you face. In some cases, you may be charged with both state and federal crimes.

A federal conviction may lead to significant jail time, fines, and other consequences. Accordingly, it is essential to contact an experienced federal criminal defense lawyer in Virginia as soon as possible. Our Fairfax criminal defense law firm is here to help you. Contact us today to make sure that all of your rights are protected at each stage of your case.